Money laundering: the meshes of the net tighten! 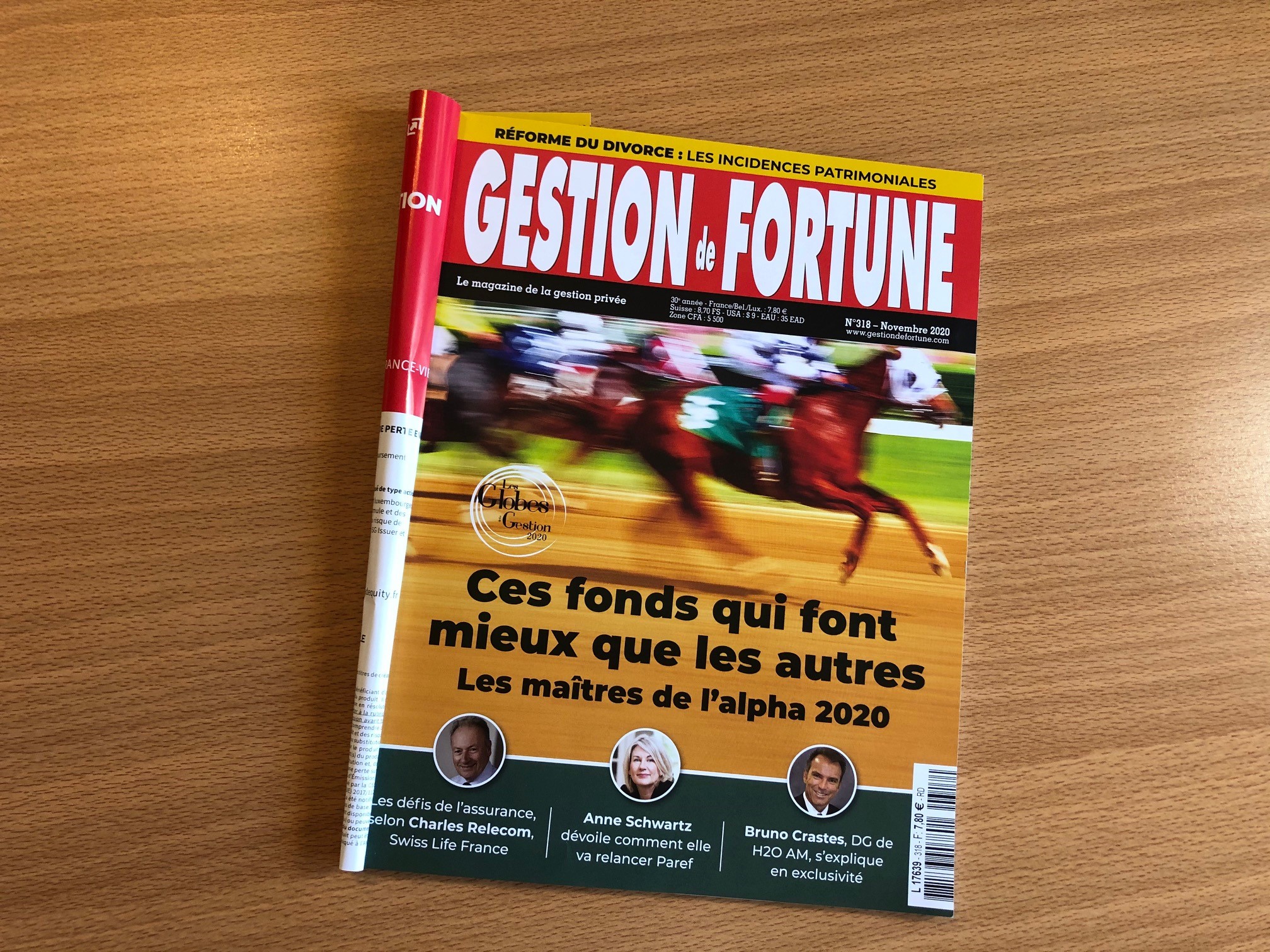 Read in the latest Gestion de Fortune, the contribution of our Senior Wealth Manager, Christophe Maulny, and our Principal Partner, Robert Anthony, on the topical item of the fight against money laundering…

Often in the press, including the specialized press, when an article deals with money laundering issues, the editorial staff offers as a humorous illustration a cartoon depicting an individual with all the attributes of the mafia carrying suitcases overflowing with banknotes.

These illustrations immediately colors our imagination especially having a folkloric aspect, but it has to be said that this type of practice is no longer in use, at least in OECD countries, and that at the same time physical money is becoming increasingly marginal, even anecdotal, in relation to the money in circulation.

It should be remembered that the fight against money laundering, however intense it may be today, has been organized fairly recently.  The first United Nations convention on the subject dates back only to 1988!  At the time, the aim was to combat illicit drug trafficking.  In 1989, the Financial Action Task Force (FATF), an international body dependent on the OECD and based in Paris, was set up for this purpose.  Since then, this fight has continued to be organized, internationalized, intensified and broadened, since it now also concerns crypto money.  The investigation methods of the supervisory authorities and the creative strategies of those who recycle secret funds have become more sophisticated.  The latter are always trying to stay at least one step ahead of the former.

Today we can see that the incessant tightening of the net can have surprising and unexpected consequences (given the format of this note, we will limit our comments to the new transparency requirements concerning politically exposed persons).  In France, for example, we have seen, even in the “news” section of the daily press, that some foreign politicians have had problems with the French courts.  It is important to know that this profession is under particular scrutiny almost everywhere in the world.  This is linked to the fact that the temptation can be strong for it to give in to corruption.  Occult commissions, sometimes considerable depending on the business and the power of influence of the corrupt politician, can be paid by private interests or even by states, as in the recent case involving Saudi Arabia and the Spanish king Juan Carlos, who had to abdicate following these revelations.

It is once these commissions are received, usually in the bank account of a country with little regard for the origin of the funds, that problems arise.  For holding capital in accounts in tax havens can certainly represent a certain moral and financial comfort, but what good is there if one cannot use these sums, if one cannot consume them, materialize them in the form of yachts, luxury cars, properties located on the French Riviera or other chalets in Courchevel.  Usually the corrupt people in question do not have the profile of ascetic philosophers and are therefore particularly fond of anything that can mean wealth.  The compulsion to profit by these corrupt politicians is all the more understandable as their life expectancy in freedom, or their life expectancy at all, is intuitively much lower than average.

It has to be said, after the adrenaline rush of the bank transfer with many zeros, the worries begin and become lasting, not to say definitive.

Indeed, as the means of investigation of the various supervisory authorities are increasingly elaborate and interconnected, it will be necessary to put more and more barriers (companies, trusts, foundations, trusts, nominees from all walks of life…) between the assets acquired and the indelicate politician who will be the ultimate economic beneficiary of these assets.

This multitude of these hidden assets, may even make it impossible for the tax authorities or for the ultimate economic beneficiary himself to prove the real owner of the assets.  In any case, the administration will always find to whom belongs an address of a property as well as the housing taxes. The French 3% tax applies in France whereby the tax corresponds and is assessed to situations where it is precisely impossible to prove the real owner.

There are, however, much more subtle situations.  Recently we have been approached by individuals who had acquired their property with all the formalism required at the time of acquisition but who find themselves at the time of sale blocked by the administration because they are unable to prove their acquisition a posteriori according to current legal requirements.  Some owners may have been negligent in maintaining proper records or alternatively evidence may not have been archived or may simply have been destroyed after 10 years.  These individuals who thought they obeyed all the legal rules find themselves in the grey area because the rules of the game have changed or the administrative control system put in place may prove to be unmanageable for certain atypical situations.

Worse still, unscrupulous and ill-intentioned advisors may offer foreign individuals acquisition schemes that turn healthy situations into fiscally and criminally perilous ones, even though the individuals who were the victims of their ignorance and dishonest people and had no fraudulent or criminal intent.  It will subsequently be most complicated, time-consuming, and costly for them to reorganize away from these original bad structures.  As always, the intermediaries are not the ones that pay the bills despite them profiting at the outcome.

For these last two types of situations we can bring our international expertise and help these cases.  For the other files, we value our peace of mind and freedom.

Partager
LinkedInFacebookTwitter
Related posts
La Revue Bleue (FNAIM – Legal & practical information)
3 January 2022
Season’s Greetings from all at Anthony & Cie
23 December 2021
Welcome on board!
31 August 2021
Buying property in France:it is easy if…
23 May 2021
Think about refinancing your French property to optimize your wealth planning
4 April 2021
The importance of keeping records in France for French property ownership and proacting protecting one’s interests
18 January 2021
Search
In The Press
We use cookies to ensure that we give you the best experience on our website. If you continue to use this site we will assume that you are happy with it.OkMore information